Crypto’s uses and misuses: Quarrel between Reuters and Binance

Will the struggle between Binance and Reuters have a broader impact on the cryptocurrency market?

The struggle between Binance and Reuters

Binance – the leading cryptocurrency exchange all around the world has been controversial since the beginning of 2017, and five years later, the controversy continues. On June 6, the U.S. Securities and Exchange Commission is reportedly investigating whether Binance Holdings broke U.S. securities rules by launching its digital tokens. Meanwhile, on the same day, Reuters published a 4,700-word “special report” titled “How crypto giant Binance became a hub for hackers, fraudsters and drug traffickers.”

Binance immediately hit back at Reuters with a blog post of its own, warning about “authors and pundits who cherry pick data, rely on conveniently unverifiable ‘leaks’ from regulators, and feed into the cult of crypto paranoia for fame or financial gain”. For good measure, Binance went public with “Our Email Exchange With Reuters” between Binance spokesperson Patrick Hillman and Reuter reporter. Augus Berwick, along with Tom Wilson, published the controversial article with answers to many of the questions Berwick presented in a series of back-and-forth emails.

Overall, the scramble between two heavyweights from different industries has raised some questions not only about Binance – the largest exchange in the cryptocurrency market – but also the global industry, including to what extent money laundering in the cryptocurrency sector is and what it means if one of the industry’s top providers is constantly in hot condition with regulators and investigative journalists?

It is possible that Binance is being unfairly targeted, otherwise, are all cryptocurrency and blockchain players frustrated by the actions of a betrayed player?

It should be recounted that after the report was published, other parties attracted its findings. For example, New York Times columnist Paul Krugman asked in an opinion column that cryptocurrencies as a really good type for:

“Criminals seem to find crypto useful; a recent Reuters investigation found that over the past five years the crypto exchange Binance has laundered at least $2.35 billion in illicit funds. But where are the legitimate applications?”

The $2.35 billion “stemming from hacks, investment frauds and illegal drug sales” between 2017 and 2021 that Reuters identified sounds like a lot of money — but is it really little, especially in the context of a $1 trillion industry?

Analytics firm Chainalysis looked at all crypto transactions in 2021 and found that only 0.15% involved illicit addresses “despite the raw value of illicit transaction volume reaching its highest level ever.” Moreover, the amount of money laundered globally in one year — not just in the crypto sector — is 2–5% of global GDP, somewhere between $800 billion and $2 trillion, according to the United Nations, which dwarfs cryptoverse activity.

Still, maybe that’s not the point. “Let us not forget that, since the early days of Bitcoin, crypto, per se, has had the reputation of being an instrument for money laundering — and rightly so,” Markus Hammer, an attorney and principal at Hammer Execution consulting firm, told Cointelegraph. That is no longer the case. The industry has cleaned up its act remarkably well, in Hammer’s view, with Anti-Money Laundering (AML) measures arguably even more effective now than those in the traditional financial world. Nonetheless, there’s no getting around the fact that “the crypto reputation was a negative one in that sense from the beginning.”

Perception matters, and in that regard, Binance hasn’t really helped on the regulatory front. The sometimes-stateless exchange was clearly not an “early adopter” in the compliance sphere, though Hammer wouldn’t go so far as to say Binance hurt the industry’s reputation in any lasting way. It attracted attention, yes, because of its misbehavior, but maybe also because of its size — regulators may have been looking for a big crypto exchange to make an example.

Regarding money laundering, the crypto industry’s “numbers are not large,” Merav Ozair, fintech faculty member at Rutgers Business School, told Cointelegraph, “but we don’t want them to grow either.” Binance is the industry’s largest exchange, “and we want them to have better compliance.” It troubles her that Binance has been one of the last major crypto exchanges to embrace Know Your Customer (KYC) and AML regulations globally — as an industry leader they should be one of the first to set an example.

Is Binance responsible for indirect deposits?

Binance, for its part, denies it has a money-laundering problem. A pointed disagreement emerged in the published email exchange between Binance and the Reuters journalists on the actual nature of money laundering and the extent to which Binance was being blamed for indirect deposits.

“Throughout the questions posed to Binance, Reuters has conflated direct and indirect exposure,” Binance complained to the Reuters journalists, offering up a hypothetical scenario that used a darknet drugs-selling website, Hydra, as an example:

“A known Hydra vendor sells something on Hydra and receives 1 BTC to their wallet. They then send this BTC to someone else for any reason, not necessarily illicit. That person then transfers some of that BTC to someone else, who doesn’t know its history. This third person then deposits some of that to their Binance account. Binance now has indirect exposure to Hydra.”

Binance contends that it has no KYC/AML responsibilities with regard to Hydra. It can’t control indirect deposits. “This is absolutely true,” Alireza Siadat, partner at law firm Annerton, told Cointelegraph. “The current KYC requirements require the obligated person to run a KYC and an identification when the user is opening an account.” The terms and conditions ask the user only to use the account for his own purposes and not on behalf of third persons. “But, the law is not asking to verify whether the person who opened the account is the same one using the account and doing the transaction.”

Still, an exchange might do more, suggested Ozair. Illicit funds may come to an exchange indirectly, from Person A to Person B, C and D, and yes, the exchange is responsible for checking out Person D who is actually opening the new account — and not A, B and C. But, it should still keep its antennae attuned when dealing with person D. Is that person coming from a suspicious region or an IP address known to be associated with bad actors? Is a crypto mixer potentially involved? “There are ways to understand,” said Ozair.

A sizable slice of the considerable email exchange between Binance and Reuters was devoted to a single cryptocurrency, Monero (XMR), a so-called privacy coin that Binance has supported on its exchange since 2017. It’s the view of many law enforcement agencies that the almost-total anonymity offered by Monero and other privacy coins makes them useful for money laundering, and for that reason some countries have banned them and other crypto exchanges won’t support them. Monero can’t be traded on Coinbase or Gemini, for example.

Reuters, for its part, scoured darknet forums for evidence that these fears were justified and found that “over 20 users wrote about buying Monero on Binance to purchase illegal drugs,” according to its report. And, it included one user who wrote that “XMR is essential to anyone buying drugs on the Dark web.”

Reuters asked Binance a half-dozen written questions mentioning Monero specifically. Binance chose not to answer most of these specifically, but did reply more generally that “There are many legitimate reasons why users require privacy — for example when NGOs and opposition groups in authoritarian regimes are denied safe access to funds.” It also added elsewhere that it, Binance, stood “against anyone who uses crypto, blockchain technology, or cash to buy or sell illegal drugs.”

The privacy question is one that crypto exchanges continue to struggle with. According to Ozair, there’s always a fine line between maintaining privacy and enabling illicit transactions, “and the ecosystem is working hard to account for it,” while Hammer noted in passing that “the continued acceptance of Binance to accept privacy coins like Monero speaks for itself.” It should be emphasized that the Reuters’s XMR findings were anecdotal, not definitive proof of wrongdoing.

Elsewhere, some see evidence that Binance is finally getting serious about compliance.

“Over the past 8 months, Binance has increased its efforts to become AML compliant on a global level,” Siadat said. “In France, Binance just recently successfully registered as a digital assets service provider.” This is an AML registration, also known as virtual asset service provider registration, he explained, where an applicant must demonstrate full transparency with regard to its corporate structure and thorough compliance with AML requirements.

“Binance is also currently aiming to become fully regulated in Germany,” added Siadat, who believes the exchange deliberately chose jurisdictions with strong regulatory environments like France and Germany “to demonstrate to the global regulators that it is prepared to comply with FATF recommendations and global AML rules.”

It has been adding staff too. In August 2021, it hired former United States Treasury criminal investigator Greg Monahan as its global money laundering reporting officer, while in May, it brought on Joshua Eaton, a former California federal prosecutor, as its first deputy general counsel.

Hammer noted that the company’s problem might be more fundamental, though: Its platform and business model, as originally devised, were meant to bypass the incumbent finance industry. “They overlooked, though, that their platform was still clearly centralized, providing fiat-ramps inter alia.” These fiat ramps meant that regulatory oversight was bound to come “sooner or later.”

Changing such infrastructure, business model and corporate culture in a short period of time will be very difficult to do, he said, “even with deep pockets” and the hiring of a team of experts.

Where are the rightful use cases?

What about economist Krugman’s larger question with regard to cryptocurrencies? “Where are the legitimate applications?” Is it fair to ask such a question a dozen or so years after Bitcoin’s appearance?

“I cannot understand why some respected economists make sweeping and misleading statements about the lack of legitimate applications of cryptocurrencies,” Carol Alexander, professor of finance at the University of Sussex, told Cointelegraph. After all:

“Ether is essential for the functioning of Ethereum, as DOT is to Polkadot and SOL is to Solana, etc. These layer-1 blockchains already underpin the proper functioning of our internet and without them, vast swathes of the global economy would simply collapse.”

“Nonfungible tokens are also here to stay,” she added, and many will serve useful public purposes. “Recording ownership of real assets like paintings and music as smart contracts on public blockchains actually prevents fraud and allows artists to get proper royalties. Smart contracts also stop black markets for concert and sports tickets completely, and the token economy allows start-ups to have better access to crowdfunding now than ever before.”

Critics like Krugman “do not understand the logic behind the distributed ledger technology and blockchain,” tools that provide trust and full transparency if used correctly, said Siadat, adding:

“In fact, the Financial Action Task Force recommended using DLT for digital identities and then using digital Identities for KYC purposes. Once a digital identity is verified by the blockchain, institutions may use/leverage existing KYC information without running their own KYC.”

“We need to go back to the roots, where it started,” said Ozair, referring to Satoshi Nakamoto’s original white paper that heralded in the crypto age. What Satoshi was proposing was just a digital payments network — “a system run by people for people.” Perhaps that should serve as a touchpoint now.

Related: How to register and verify Binance account update 2022 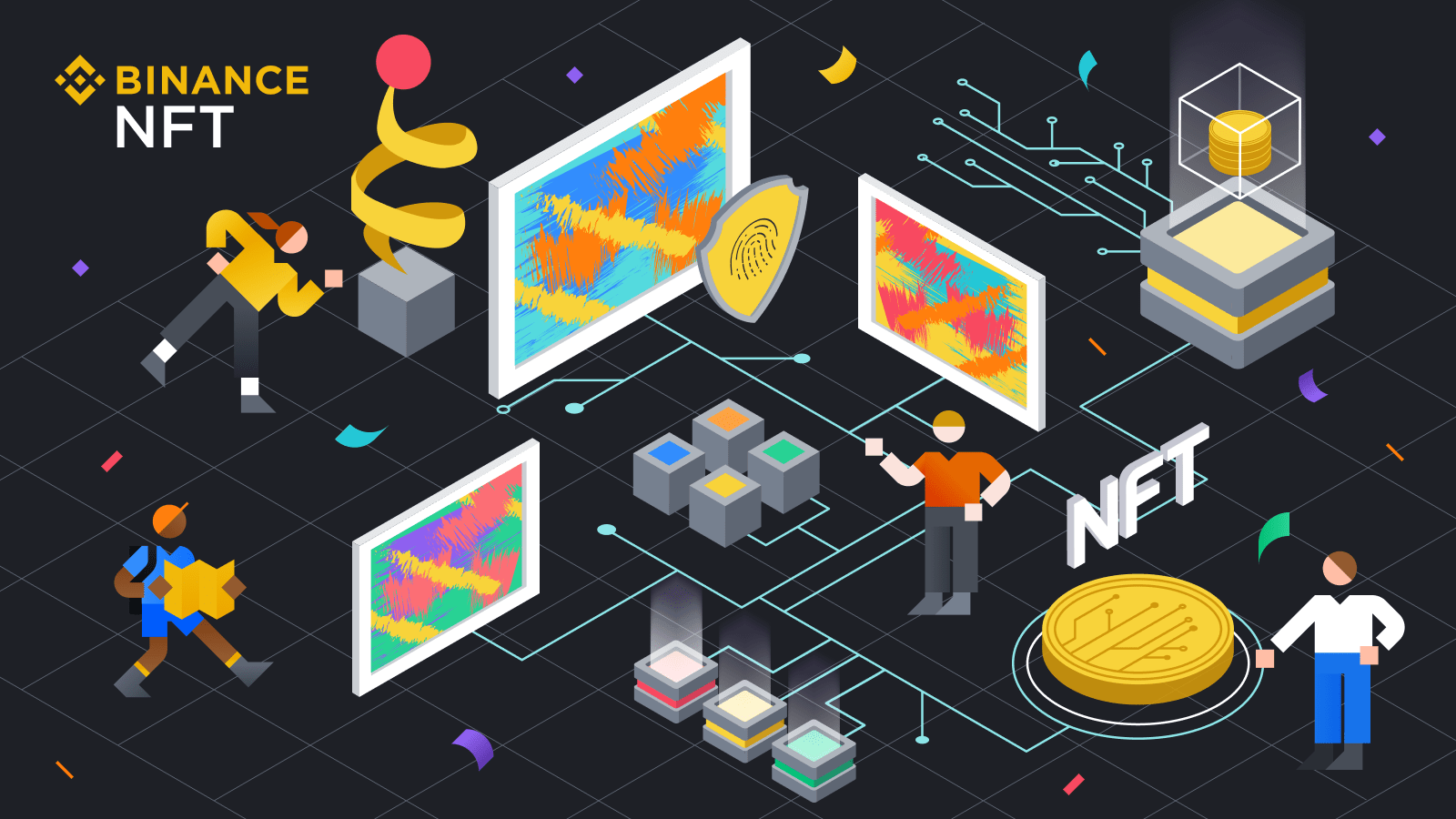 NFT membership – The future for businesses and their customers 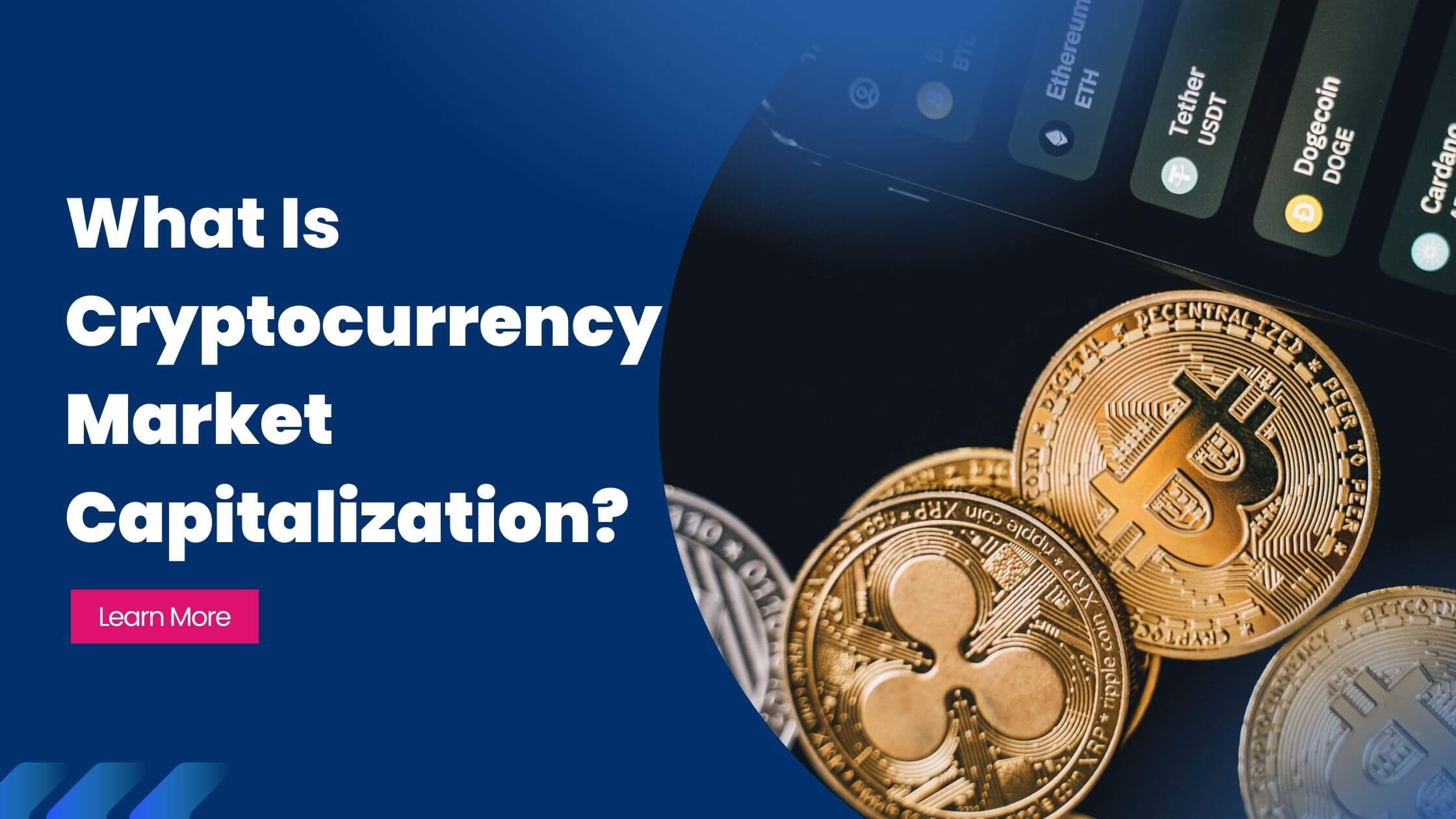 What is market cap? Explain crypto market capitalization in 2 minutes 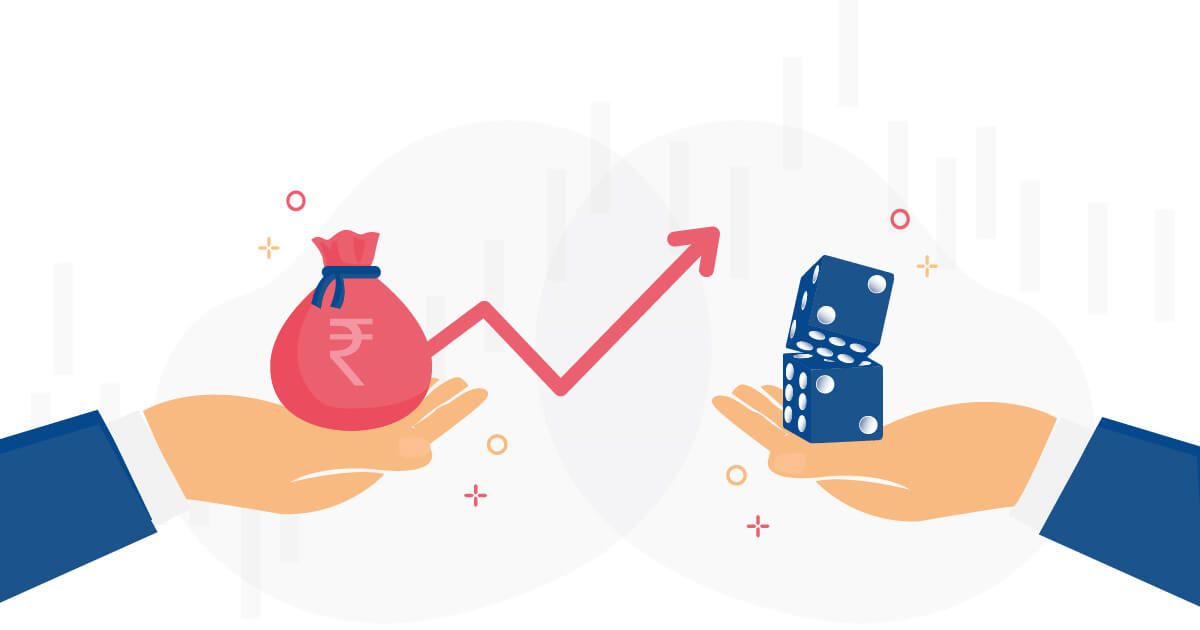 What are the differences between investment and speculation? 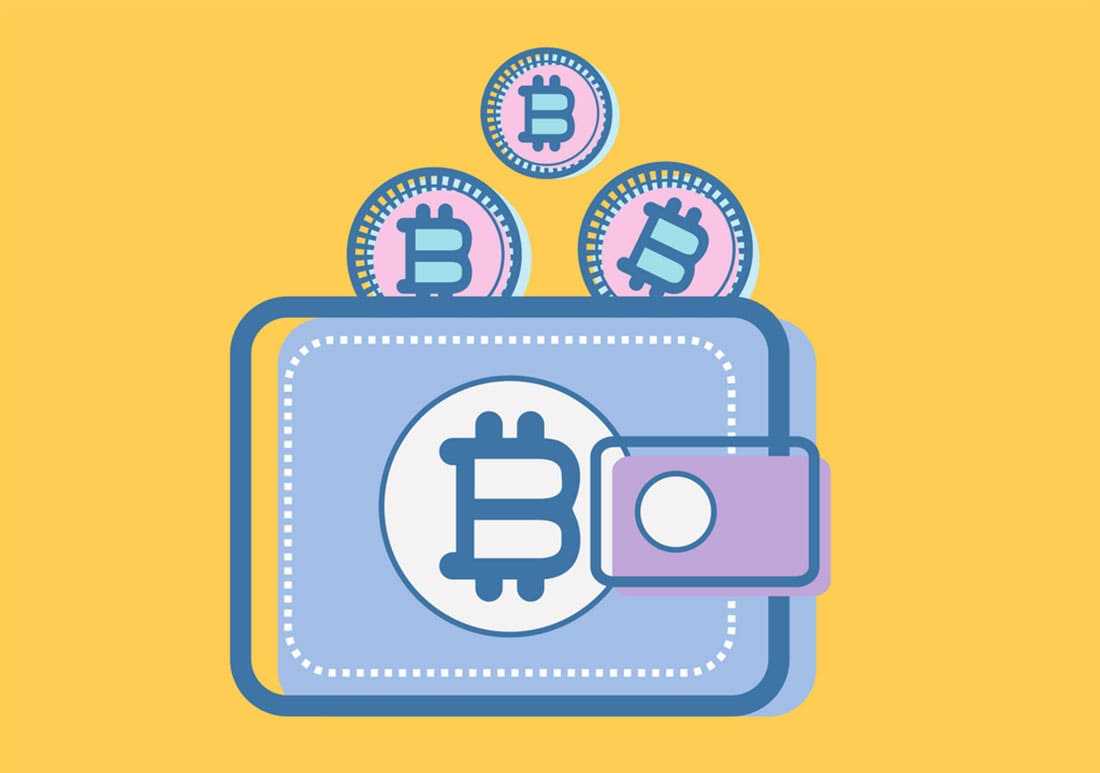 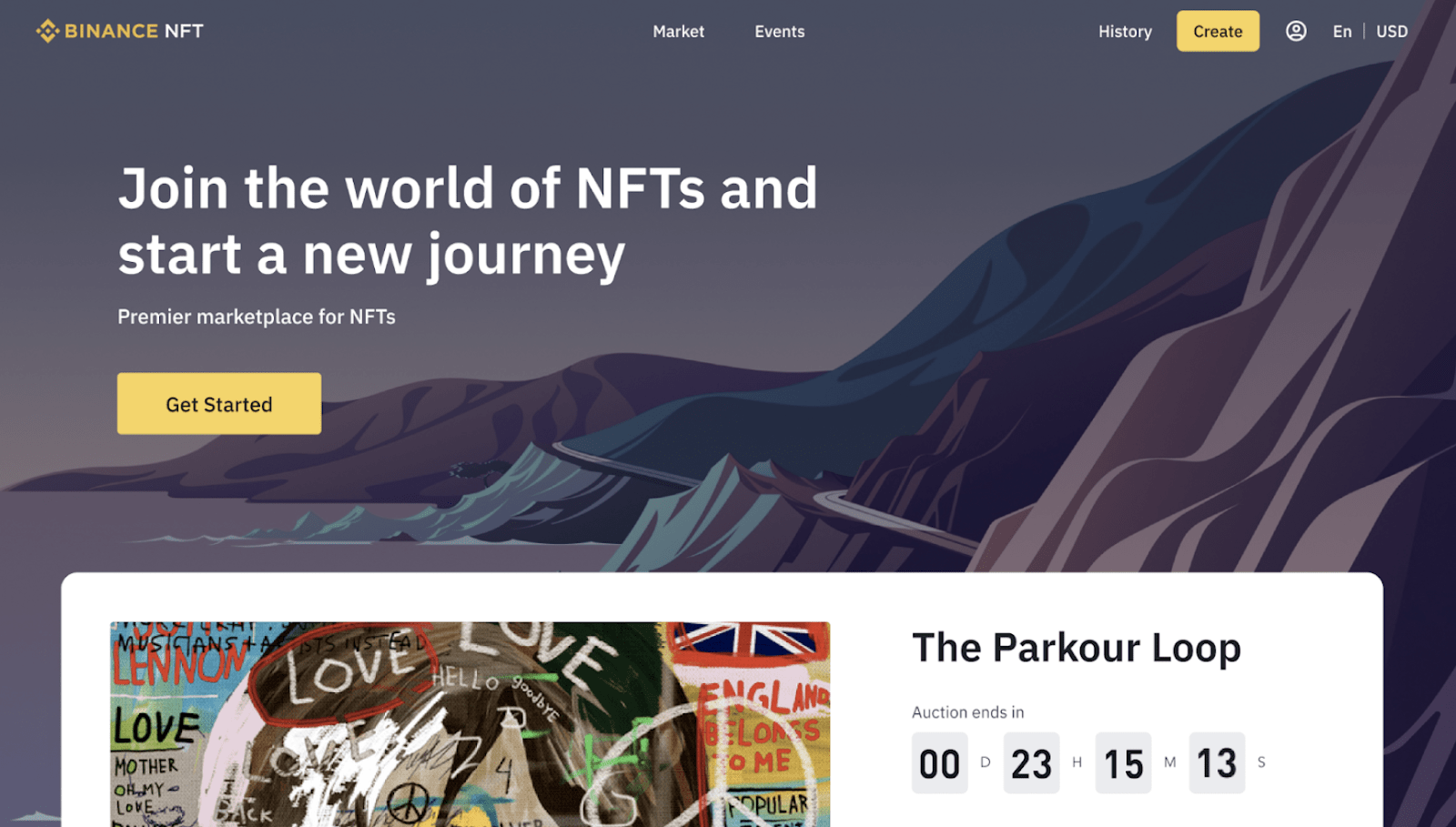 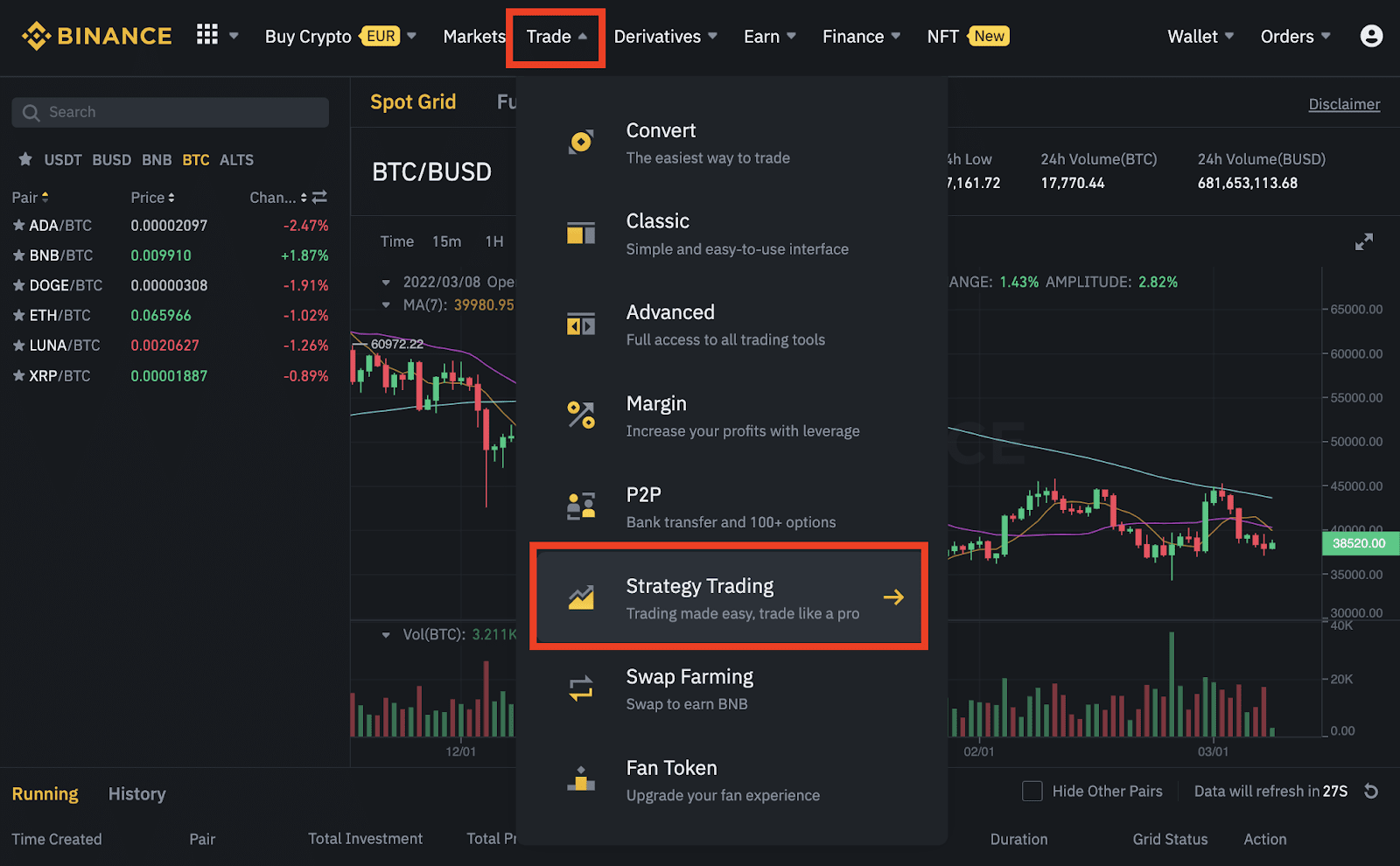 How to use auto parameters in Spot grid trading 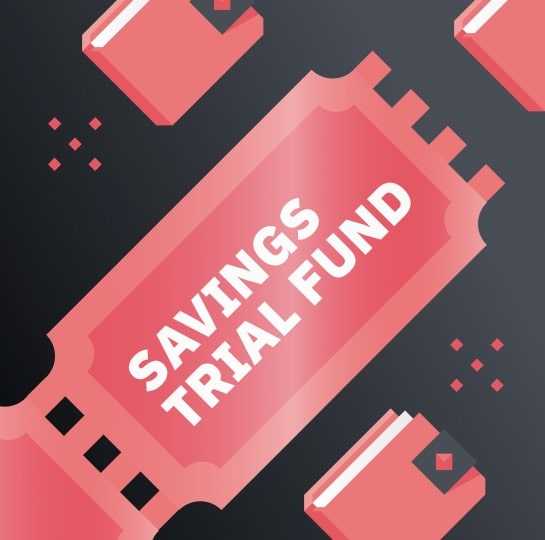 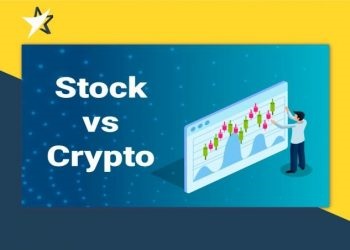 Cryptocurrencies and stocks. What are the differences?